A great place to start: “The Fight Against AIDS” a CNN Film 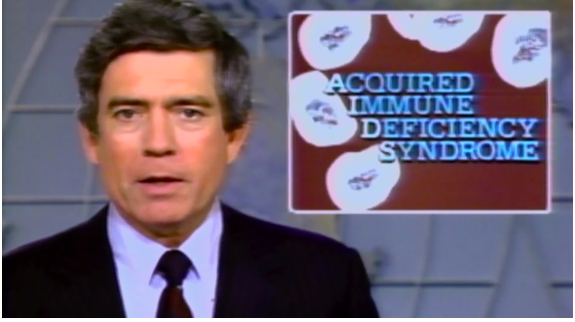 From the CNN series “The Eighties”, “The Fight Against AIDS” Episode #3 looks at the epidemic’s first decade through the lens of television and news coverage.  The film is an excellent introduction to the many issues raised in the struggle to come to grips with the AIDS crisis, highly recommended as a place to get started with students.   Watch an edited version

Back To Basics:  AIDS/HIV Advocacy as a Model for Catalysing Change  (pdf)

Excellent overview of the outcomes of the activist movement.

“People affected by HIV ultimately rallied together and created an advocacy movement that demanded change and got results. As a result of the efforts of the HIV/AIDS activists in the United States, HIV/AIDS has gone from being a death sentence to a chronic, manageable illness as long as access to medicines following diagnosis is assured. This movement fundamentally changed the medical research paradigm.   It changed how research is conducted, how drugs are approved, and how patients engage with all areas of the federal government, and even with the private sector.” 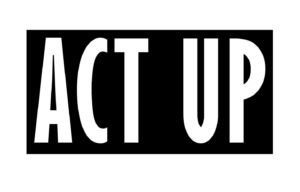 An international direct action advocacy group working to impact the lives of people with AIDS (PWAs) and the AIDS pandemic to bring about legislation, medical research and treatment and policies to ultimately bring an end to the disease by mitigating loss of health and lives.

Below are links to information on the original ACT UP website.  Please be advised it is a bit funky and outdated in its appearance but it houses the raw materials documenting the workings of the movement.  Also, note that ACT UP was founded in 1987, the World Wide Web didn’t come into being until 1991 so much of this material originally existed only in print and was adapted to the web later.

Index of ACT UP Documents

Why We Get Arrested – Personal statements from protestors

Marshall Training – marshals were observers and acted as a buffer between police, hecklers, and bystanders.

“How To Survive A Plague” Film

HOW TO SURVIVE A PLAGUE is the story of two coalitions—ACT UP and TAG (Treatment Action Group)—whose activism and innovation turned AIDS from a death sentence into a manageable condition. Despite having no scientific training, these self-made activists infiltrated the pharmaceutical industry and helped identify promising new drugs, moving them from experimental trials to patients in record time. With unfettered access to a treasure trove of never-before-seen archival footage from the 1980s and ’90s, filmmaker David France puts the viewer smack in the middle of the controversial actions, the heated meetings, the heartbreaking failures, and the exultant breakthroughs of heroes in the making.”

The film was nominated for an Academy Award in 2012.  In 2016 David France published a highly acclaimed companion book of the same name. The book goes into much greater detail on the life and death struggles of the early years of the epidemic at its epicenters… “not since the publication of Randy Shilts’s classic And the Band Played On has a book measured the AIDS plague in such brutally human, intimate, and soaring terms”. 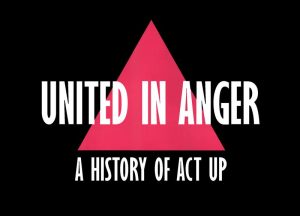 United in Anger: A History of ACT UP is an inspiring documentary about the birth and life of the AIDS activist movement from the perspective of the people in the trenches fighting the epidemic. Utilizing oral histories of members of ACT UP, as well as rare archival footage, the film depicts the efforts of ACT UP as it battles corporate greed, social indifference, and government neglect. http://www.unitedinanger.com/

David Serko was a professional entertainer and member of ACT UP who died from the complications of AIDS in 1992.  The Project is an effort by his brother Peter to discover more about David’s life and in particular his AIDS activism.  The Project evolved into a play “My Brother Kissed Mark Zuckerberg” and film “Footnote“.  Find out more @ davidserko.com

A wonderful visual resource that is sortable by categories such as Activism, Policy and Culture, Milestones , etc 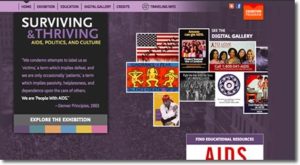 An online exhibition that includes comprehensive course materials and lesson plans for Grades 10-12 and Higher Education from NIH: National Library of Medicine.

AIDS Activism Now and Then

SOCIETY AT ODDS: the Evolution of AIDS Outreach and Education in America

AIDS History and Activism Youtube Playlist: a collection of videos related to ACT UP and the fight against AIDS

Collection of posters and photographs from the movement.

“The posters presented here represent a global sampling of materials and posters produced concerning the HIV/AIDS crisis. Many of the posters were created as part of different prevention/awareness programs and distributed between the mid-1980s and the mid-1990s. Although most materials relate in some way to the LGBT community – there are posters addressing issues of HIV/AIDS for a number of different communities and from different perspectives. Among the most common issues addressed are: safer sex practices, condom use, information distribution, respect (of oneself and one’s partner) and risks associated with drug use.”

International collection of educational materials. Warning some are very explicit. 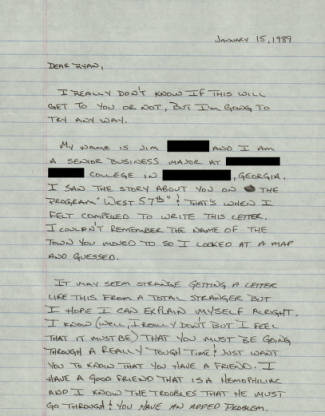 Ryan White was diagnosed with AIDS following a blood transfusion in December 1984 at age 13 while living in Kokomo, Indiana and was given six months to live. When Ryan White tried to return to school, he fought AIDS-related discrimination in his Indiana community. Along with his mother Jeanne White Ginder, Ryan White rallied for his right to attend school – gaining national attention – and became the face of public education about AIDS.  Ryan White lived five years longer than predicted. He died in April 1990, one month before his high school graduation and only months before Congress passed the legislation bearing his name in August 1990 – the Ryan White Comprehensive AIDS Resources Emergency (CARE) Act.

See how the Time covered the early years of the epidemic sorted by year and month.